The Best Apartments for Rent in Downtown Houston

Benefits of Living in Downtown Apartments in Houston

Apartments in downtown Houston are an experience like no other. The city is filled with excellent properties to rent. Renting has never been easier, and finding a property is simple with the proper apartment listing website. The downtown buildings have a variety of fun activities and services to enjoy. Pools and gyms are found in most downtown apartments. The best part of living downtown is you can enjoy the city whenever you want. There are bars and clubs within walking distance from most downtown apartments. No need to worry about how you're going to get home, so you enjoy your night to the fullest. There are a variety of different options to choose from within the downtown area. Luxury apartments in downtown Houston offer an incredible experience. Although pricy, you can also rent for a short period of time. You could find apartments for rent near downtown Houston as a secondary option. It's cheaper, and you can still enjoy the nightlife with a short trip.

Best Way to Find Apartments for Rent Near Downtown Houston

The surrounding Houston area is beautiful, with so much to offer. You can find a great apartment with a short ride to downtown Houston. One of the best areas to rent from is midtown. In midtown, Houston you can enjoy the shops in the area and still have an easy time getting downtown. The rent is almost half the price, depending on what kind of property you're looking for. The thing is, you could miss out on amenities like work-our facilities and pools. Two other great options are east and west of Houston in the Second/Fourth Wards. In the Second Ward, you'll find an affordable place to rent with quiet nightlife. While in the Fourth Ward, you'll find excellent restaurants with easy transport to downtown Houston. Apartments for rent near downtown Houston are easy to find, with many options to choose from. Read on to learn more about affordable condos in downtown Houston and how to easily find them on the proper apartment listing website.

Streets to Lookout for in Downtown Houston

Condos in downtown Houston are a great alternative to apartments. Although sparse, they are a great option and are located off unique streets. Good condos are found off Main St, Capitol St and Franklin St. The streets have fantastic condos but are more on the luxury side. If you’re looking for something more affordable, look towards side streets or streets that cross over Main St. Properties are often overbooked, which creates fewer options to choose from. Ensure sure you book far in advance if you plan to rent a condo in downtown Houston.

It's simple and easy to find a luxury apartment in downtown Houston. Most apartments that you see in the center of downtown Houston will be on the higher-end. Although pricy, you can enjoy an experience like no other. From high-rises to historic buildings, there are many properties to explore. In downtown Houston, any suite is going to feel luxurious. It's not hard to pay more by seeing the beautiful luxury apartments for rent so have your budget ready and stick to it. You can find spas, gyms, pools, and many other amenities in almost all luxury apartments. The difficulty will be choosing between the right apartment and finding the one that you want to call home.

Pros and Cons of Living in High Rise Apartments in Houston

Living in luxury is always a marvelous experience, and the best place to find that experience in Houston is in a luxury, high-rise apartment. There are many positives to living in a high-rise building, but that doesn't mean there aren't a few draw-backs. Some of the advantages of living in a high-rise are the view, location, security and utilities/amenities. In downtown Houston, you can’t beat the view and location of high-rises. If you are looking for a stunning view, you'll be sure to get one in a high-rise apartment. Having a concierge/security will make your experience easier and safer. These rental apartments usually offer cabled internet, washer, dryer and many other amenities and features you need. All these advantages make it seem like there is no downside, but there are a few things to look out for. Price, privacy, high winds, and decreased social interaction are all possible disadvantages of living in a high-rise apartment. The cost of rent is relatively higher, and you could find yourself living next to a noisy neighbor. Depending on how high your apartment is, there may or may not be a balcony. Having to take a long elevator ride every time you want some fresh air can get annoying. Lastly, there is the decreased social interaction since it is usually harder to create relationships with neighbors in these types of accommodations. Understanding these pros and cons will help you decide if high-rise apartments in Houston are suitable for you.

Why Apartments in Downtown Houston are the Best to Rent

Renting in downtown Houston is a worthwhile experience. There are many reasons for renting an apartment in downtown Houston. Having the amenities of an apartment and the social life of downtown makes for a fantastic pair. Cultural attractions such as museums, galleries and monuments are within walking distance. Not having to worry about traffic and living a car-free life is stress-relieving. If you plan to visit Houston renting downtown is an excellent option. If affordability is a priority, looking to rental properties near Houston can be a great alternative. The significant change is taking the bus instead of walking. Finding properties is straightforward with online renting. Read on to find out the best way to search for rental listings in Houston online.

Here at ApartmentLove.com, we are committed to helping you find the perfect place to rent. By simply putting in the location you want to rent from, you can find a list of remarkable homes, condos, and apartments to rent from. We offer thousands of rental listings in cities across North America and a user-friendly platform for you to search all of your rental needs throughout the U.S.

From downtown to the suburbs of Houston, we got you covered. Our database of listings is sure to find you the best short-term or long-term rental. Compare thousands of prices right here on our website and let ApartmentLove find a home for you today!

Thinking of Renting in Crown Hill Seattle? Let’s Get to Know this Charming Neighborhood Learn about Crown Hill Seattle History Crown Hill is a small neighborhood in Seattle, Washington, with a population of just under 10,000 residents. Although small, it is considered one of the best places to reside or rent in Seattle. There are so many incredible spots to experience in this small area, so be sure to add it to your list of places to visit. The home-like environment makes this neighborhood perfect to rent in and live. The residents of Crown Hill are known to be very warm and friendly to anyone that comes through. With its rich history, Crown Hill saw steep growth and development shortly after World War II. Now, Crown Hill offers a peaceful retreat from the bustling city that is Seattle. At the same time, it provides easy access to the downtown area. It's the perfect spot to center your stay. You won’t have a difficult time finding things to do in Crown Hill, Seattle. Check Out Crown Hill Seattle Restaurants There are so many unique places to appreciate around Crown Hill. At the top of the list are some of the best restaurants in the Seattle area. The district is particularly known for a few incredible food spots. Wild Mountain Cafe is one of those spots. They offer food for any time of the day, from breakfast to dinner, you will be satisfied. They are rivalled by other breathtaking cafes like Turtle Coffee or Four Spoons Cafe. Crown Hill Seattle restaurants have spectacular atmospheres that keep you wanting more. Not a big fan of cafes? Try Baja Tacos for some Mexican cuisine. Finally, the last recommendation that is a must-visit is Dick’s Drive-In. They have some of the best fast food you will ever try, so make sure you stop by for lunch. You couldn’t pick a better place in Seattle to start your day. These exceptional cafes and restaurants are within walking distance of most apartments. Enjoy the best that the city has to offer, every day! Experience Carkeek Park and Other Outdoor Activities For fun things to do outdoors, Carkeek Park is just outside Crown Hill and is a great place to explore for outdoor activities. It features 216 acres of beautiful parks, creeks, picnic areas and hiking trails. You can plan an entire day around the park and enjoy the fantastic Seattle weather. The Park also offers low-cost environmental education classes, where you can learn about the local nature and wildlife. The few activities that are in Crown Hill are must-see spots. Check out the JRA Bike shop, rent some bikes and enjoy the sunny Crown Hill Seattle weather. Then, enjoy a craft beer or cocktail at the Coindexter’s Arcade Bar. Experience all Crown Hill has to offer and more. Participate in Wine Tasting at Champion Wine Cellars Do you enjoy wine tasting? Then call up Champion Wine Cellars and book yourself a wine tasting room. You can spend the whole evening talking about the wines in between tastings. The shop began back in 1969 and has given Seattleites access to world-class wines. The high-class tradition has continued over the passing years, making the shop what it is today. It's a fantastic spot if you enjoy trying different wines. Crown Hill is filled with bars, so if you are not a beer drinker, this is the place to be. They also deliver so you can enjoy their fantastic wine whenever you want. Hop Around Bars and Pubs in Crown Hill Seattle There are a bunch of fun and unique bars across Crown Hill Seattle. Bar hopping makes for an entertaining night. Visit The Barking Dog Alehouse, then make your way over to Chuck’s Hop Shop and end the night at Prost! Tavern. There are also many more bars and pubs to choose from in Crown Hill Seattle. Spend a couple of nights exploring different spots, and you won’t be disappointed. It's one of the great past-times of Crown Hill Seattle, so be ready to keep up with the locals. Find a Place to Stay There are many unique spots to choose from right in the center of Crown Hill. Parla, BalCro, and Cubix Crown Hill apartments are all great options within walking distance of one another. If you’re not looking for an apartment, there are options for both homes and condos as well. Make your stay worth it and look for short or even long-term contracts. Center the trip in Crown Hill, then make your way across the rest of Seattle. If you’re looking for a place to start, look no further than ApartmentLove.com. ApartmentLove - Renting in Crown Hill Seattle Here at ApartmentLove.com, we are committed to helping you find the perfect place to rent. By simply typing in the location you want to rent from, you can find thousands of listings of remarkable homes, condos, and apartments to rent throughout the U.S. and North America. From downtown to the suburbs of Seattle, such as Crown Hill, we got you covered. Our database of listings is sure to find you the best short-term or long-term apartments for rent in this and many other areas of Seattle. Compare thousands of rental listings prices right here on our website and let ApartmentLove find your dream home today! 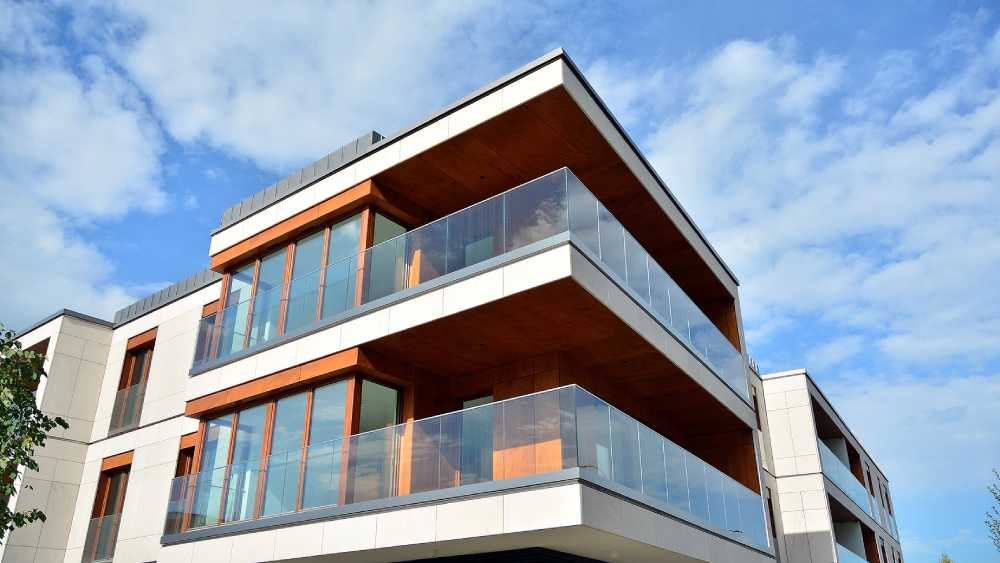